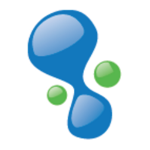 Liquidware Labs have annouced at this weeks Citrix Synergy the release of ProfileUnity 6.5. Within the suite includes an enhanced FlexApp application layering technology.

ProfileUnity has gained the Citrix Ready monikor meaning that the technology stack has been verified to enhance Citrix deployments which enables seamless and instant application delivery.

The ProfileUnity deployment methodology is based upon clustering the backend services so there is little to no reliance upon external load balancing technologies such as Citrix NetScalers to bloat.

Applications can include file system drivers and services and can be deployed to users/groups or computers and contextually applied based upon policy filtering.

ProfileUnity supports Citrix XenApp/XenDesktop VMware and RDSH offerings but Liquidware Labs seem to be buddying up with Citrix to possibly combat VMwares recent inclusion of the AppVolumes and UEM technology into its stack areas which Citrix themselves are lacking .

ProfileUnity 6.5 is still currently in beta and not at this time due for release until June, to find out more and read the press release click HERE.