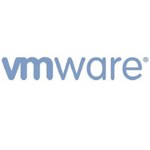 I’ve recently attended a conference call that finally confirmed something we’ve all known for a good number of years.

From the next release of VMware vSphere there will be no desktop C# client management app (HERE).

This has been a drawn out announcement and clearly coming for several major versions of the hypervisor as feature disparity grew between the available web client and the tradition C# client, now finally VMware has knocked it on the head.

The main issue will be that the current offerings of the web client and the fling HTML5 client still do not offer all the necessary management options or performance that the old desktop client used to and for a little while vSphere admins have been forced to switch back and forth between consoles to perform simple hypervisor tasks, I’m a Citrix consultant so I feel your pain!

The challenge for VMware will now be to bridge the gap and very quickly between the features in the desktop client and the web client ready in time for the next version. If they get this right then the cheering from VMware admins will be the same as the Citrix bods when Citrix finally got rid of the java requirement and went fully HTML only.

The main issue will be that of plugin’s and vendors usual feet dragging making their plugins available on the new clientless platform. Also with the explosion of Cloud adoption recently VMware really do have to get this right otherwise they may end up driving more customers to the cloud frustrated by administrative complications.

So now with the end of the vSphere client announced I wonder how long it will be before the Windows based vSphere management server goes the same way.